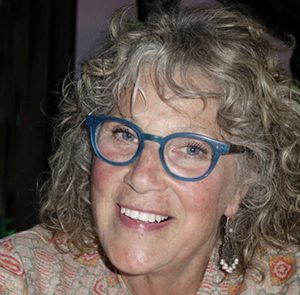 Lauren Shaw received her MFA in photography from the Rhode Island School of Design.  She is a tenured Professor in Visual and Media Arts at Emerson College, where she heads the photographic program and has been teaching there for 44 years.

She co-founded New England Women in Photography. She is the recipient of two National Endowment Regional Grants, and several Faculty Advancement Fund Grants.  Her work has been exhibited widely throughout the United States and in the collection of the Getty Museum, Museum of Fine Arts, Boston, Fogg Museum, High Museum of Art, Art Institute of Chicago, the Library of Congress, Farnsworth Museum, and the Newark Museum.

Her photographic installation, book, and film: Maine Women: Living on the Land (www.laurenshaw.com) was exhibited at the Farnsworth Museum in Rockland, Maine: August 6-November 2005. It then traveled to fifteen different venues throughout the United States. The accompanying documentary film, Maine Women: Living on the Land, premiered at the Maine International Film Festival July 19, 2005, and screened through United States, A Drop in the Bucket short documentary (www.adropinthebucketfilm.com) premiered in 2009 at Maine International Film Festival and has been screened throughout (16 festivals); awarded Juror and Audience Award at Filmanthropy Film Festival, LA. Her latest feature documentary Angkor’s Children,  (www.angkorschildren.com) has screened in 16 festivals around the world as well as Smithsonian, Museum of Fine Arts, Boston, Columbia University, World Education, Facing History and Ourselves, Lesley University and winner of Platinum Award, Women’s International Film Festival, Jakarta.